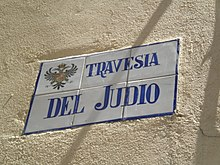 Ibn Ezra: While England was working to isolate and diminish the Jewish Community (see last week’s Blast from the Past), around the same time the Jews of Spain were living in a Golden Age. Rav Avraham (ben Meir) Ibn Ezra was born in Tudela in 1089. It was so good for the Jews, that three of his uncles were royal ministers! His yahrzeit is this Shabbat (1164).

Unfortunately, the good times did not last. After the death of the benevolent King Alfonso VI, Ibn Ezra fled to Muslim Spain in al-Andalus. Then in 1148, with the unfortunate ascension of the barbaric Almohads, Ibn Ezra fled to Rome. On this journey, he lived in Granada, Cordova, Lucena, Rome, Lucca, Provence, Beziers, Rhodes, Baghdad, and even Egypt where he learned with the Rambam.

Ibn Ezra was a brilliant polymath with commentaries on Torah, Navi, and Hebrew grammar. He also wrote dozens of books on astronomy, astrology, and mathematics. He is distinguished by writing in Hebrew, whereas his predecessors and contemporaries (Saadia Gaon, Maimonides and Judah Halevi) mostly wrote in Judeo-Arabic. 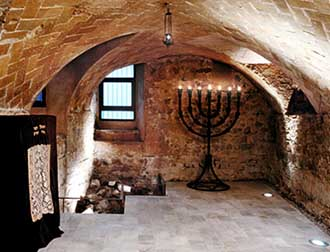 One of his lasting lessons was his ability to navigate Torah and secular knowledge to the benefit of both fields. He understood that science and halacha were measuring (sometimes the same) things in very different ways.

History is meant to inform our present. What is something you learned this week? How can you implement it to help you grow?

Parsha in Four Words:
Mishpatim: Lay down the Law