“In Jewish history there are not coincidences”
– Elie Weisel

We just celebrated Tu b’Shvat, the New Year of Trees, a special time to taste unique and delicious fruits. For those of you who are already hungry, Purim is next, with hamentashen and more!

Did you know that the story of Purim repeated itself many times over the course of our history? In fact, many specific locales from Europe (Frankfurt) to Israel (Hebron), and even certain families celebrate their own personal deliverance from a variety of tragedies like Rabbi Yom Tov Lipmann Heller. Here is the story of Saragossa: 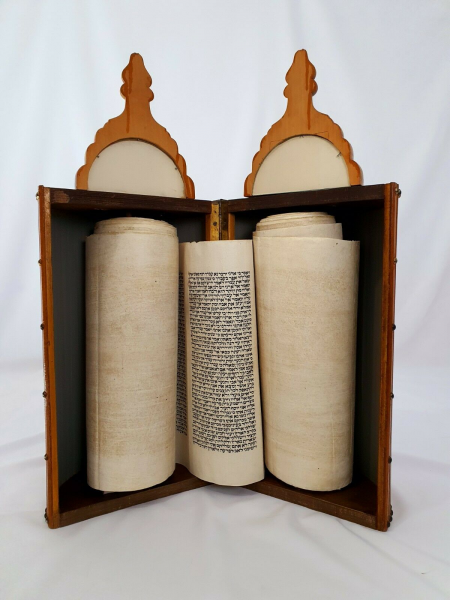 Once upon a time, a long time ago in the 1420’s, in Aragon (or some say Sicily) there was this Jewish guy who left Judaism, took a new name “Marcus,” and became an anti-semite himself! Now in Saragossa when the king would have a royal parade, the Jews would come out holding their Sifrei (plural of Sefer) Torah to greet the king. Did you know that there is even a special Jewish blessing upon seeing a king or queen (see Berachot 58a)?

The Jews would actually just bring out the cases of the Torah without the scrolls inside (see picture of Sephardi Torah). Of course, when Marcus found this out he told the king that the Jews did this to slight his honor, but the night before the royal parade the shammash had a frightening dream three times where a wise, elder (Eliyahu?) told him to make sure to put the scrolls back in before the parade. Of course when the shamash, Ephraim Baruch, woke up he quickly ran and did that without telling anyone. When the parade started the Jews came out as usual, but this time the King asked to see the Torah scrolls! The Rabbis were frightened, and Marcus was excited, but evidently all 12 shammashs from all the different synagogues all had the exact same dreams and all the king saw was how much the Jewish people respected him. When the king found out the scheming Marcus had lied, he hung him instead of the Jews. To this day there is a special Megillat Saragossa (see picture) read by Jews who descend from those survivors.

This week in Pictures

No images found!
Try some other hashtag or username